When pro-Government 'spin' erodes trust in our media

How much do you trust the news you read?

Do you trust the newspaper you buy or website you visit for the latest updates to tell you the truth and hold the powerful to account?

Do you expect journalists to report accurately, to investigate the truth behind the news, and sometimes to annoy those in power in the course of carrying out their duties?

Or have you become disillusioned or cynical about what you read in your news feed?

In Ireland last year, we laughed with bewilderment at President Donald J. Trump and his obsession with “fake news”.

Already shocked by his election the previous November, we were fascinated by the dispute which arose over the size of the crowd at his inauguration in January 2017.

How did something so trivial, so unimportant, become headline news for days? Why did it become such a bone of contention with the new leader?

It was amazing to see the new President of the United States claim that the crowd went “all the way back to the Washington Monument” when photographs taken at the moment he took the oath showed that was clearly not the case.

Journalists used to joke that the facts should never get in the way of a good story, but here was the most powerful man on the planet discounting evidence the entire world had seen with their own eyes.

No matter how much Trump protested, the photos showed that there was a much bigger crowd at the inauguration of Barack Obama.

We felt sorry for Trump’s former spokesman, Irish-American Sean Spicer, when he was forced to tell the White House press corps that the event had attracted “the largest crowd ever to attend an inauguration” and laughed when senior aide Kellyanne Conway managed to describe Trump’s falsehoods as “alternative facts”.

We learned that President Trump seemed to get all his updates from watching the partisan Fox News, as he repeatedly denigrated the work of more respected journalists at CNN, The Washington Post, and The New York Times.

And so the term “fake news” crossed the Atlantic to become one of the most popular slogans of 2017.

Only in America, we laughed. It’s going to be some soap opera keeping an eye on goings-on at the White House for the next four years, we figured. It wouldn't happen over here!

Only, last week, we discovered in Ireland that we have been getting, if not quite “fake news”, well, at least “alternative facts” of our own from some of our regional and national newspapers.

Thanks to brave reporting by Ellen Coyne, of The Times’ Irish edition, we learned that the Irish Government had spent €1.5 million on an awareness campaign in which pro-Government “advertorials” were disguised as legitimate news stories.

In promoting Project Ireland 2040, a nationwide development plan, both national and regional newspapers were urged to try to pass off paid for Government press releases as ‘normal’ articles written by their own staff journalists.

The agency hired by the Government, using taxpayers’ money, specifically requested that the material should read just like legitimate news stories, rather than material supplied and funded by the Irish State.

With a few noble exceptions, the articles, accompanied by photographs of members of the ruling Fine Gael party and future general election candidates, were indistinguishable from ‘normal’ news stories in the national and regional titles.

In contrast to some national titles, and despite the clear instructions from the agency acting on behalf of the Government, my old newspaper, the Connacht Tribune, clearly labelled its two page spread about the Ireland 2040 launch as 'Advertising'.

A small number of newspapers, including the Tribune, insisted on stipulating that the articles were paid for by the Government, despite requests not to do so.

Others were quite happy to publish the supplied material as though it had been written by an in-house member of staff.

Christy Dignam, lead singer of rock band Aslan, expressed disgust that he had no idea he was being used for pro-Government “propaganda” when he was asked by a journalist to give a quote for one of the articles.

He said that strong criticism of the Government contained in the interview was completely left out of the resulting article. He would not have given the interview had he known.

He had already faced huge criticism for pumping €5 million into a Strategic Communications Unit (SCU), now known by many people as the ‘Department of Spin’, which is charged with promoting the Government in as positive a light as possible.

Eventually, under strong pressure and mounting criticism from opposition politicians, Varadkar ordered a general review of the SCU.

So now he has senior civil servants undertaking a review of a unit which they set up themselves under his direction.

Meanwhile, some newspaper journalists are counting the cost of a scandal which has called their impartiality into question. If they are taking ready-made "spin" from the Government in relation to one issue, what's to stop them from doing so again in the future?

Opposition politicians have claimed the Project Ireland 2040 campaign has blurred the lines between journalism and advertising, diminishing trust in the Irish media.

The controversy has erupted at a time when the Irish print media, just like their counterparts in the United States, are struggling with falling circulation and advertising figures.

In the current difficult climate, what editor can afford to say “no” to an agency acting on behalf of the Government which offers cash as well as paid-for ready-written articles?

Even if the supplied articles come with the stipulation that they cannot be described as “advertising”?

Opposition politicians have expressed outrage that public money was being used to promote the main government party and that "advertising" for the government is now being purchased under the guise of real "news" stories. 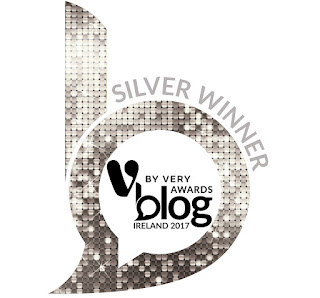 It might not quite be “alternative facts” on the scale of Kellyanne Conway attempting to cover up blatant lies about the size of the crowd at President Trump’s inauguration.

But what chance have independent newspapers of retaining the trust of loyal readers if they force them to read paid-for pro-Government articles which are disguised as legitimate news stories?

Readers need to know that the "news" they are reading is written by real, unbiased journalists, and not by a PR company acting on behalf of the Irish Government.

Journalists who are prepared to challenge those in authority, ask the tough questions, and hold them to account.

Otherwise, the toxic mistrust of mainstream media which has become such a feature of political life in the United States could take a giant foothold in Ireland.


Ciaran Tierney is a journalist, blogger, and digital storyteller, based in Galway, Ireland. Find Ciaran on Facebook at https://www.facebook.com/ciarantierneymedia