In my part of Galway, a young man running for the local elections told one of my neighbours recently that he had never heard of Direct Provision.

The system which the Irish State has used to detain asylum-seekers for almost two decades somehow slipped under his radar.

A system which has made some business people, no doubt many of them supporters of his party, very rich indeed had never entered his consciousness before he began to canvass householders across the city.

But, sure, it doesn’t matter.

He’s a sound lad and he used to be a mighty footballer.

He's the new face of the most popular political party in the land.

He wears a shiny suit and, sure, what more do you want from a local politician? He might even swing a planning application for a member of your family sometime in the future.

Another young(ish) man from his party, who happens to be the Minister for Housing, announced this week that young people in our cities should be “excited” by the prospect of co-living apartment schemes.

The en-suite bedrooms proposed are smaller than the recommended minimum size for a disabled parking space and young workers or students should be delighted to fork out €1,300 per month for these tiny rooms with no kitchen facilities.

As a young man in the late 1980s and early 1990s, I remember being shocked by the tiny bedsits some of my friends were living in on weekend visits to Dublin.

It seems the solution to our appalling housing crisis, with 10,300 people now homeless, is to return to the bedsits of the 20th century or the tenement slums of the 19th century, while business people in suits – the kind of people who vote for Fine Gael – can celebrate the huge profits to be made from other people’s misery.

But we vote for these people, don’t we?

We vote for the kind of people who left my 93-year old relative lying on a hospital trolley for 48 hours last summer.

As I sat beside him for hours and hours, losing hope, I didn’t dare to complain.

Because that’s not the Irish way, that’s just the way it is, and anyway you might just be punished if you dare to speak out.

You wouldn’t want to be left an extra day without a bed because you made a complaint now, would you?

We all know there have been crises in health care and housing for a decade and yet here they are again, knocking on our doors, filling us full of promises five years on from the last round of promises which led to very little or no action.

In my city, the men in shiny suits tell us we badly need a bypass.

As the climate teeters on the brink of catastrophe, an urban roadway through one of the most beautiful parts of the city is the solution to the city’s chronic traffic problem.

No talk of buses, trams, or bicycles, when planners cannot think beyond the car, even as some of the children of the city are experiencing an obesity epidemic.

At the primary school I pass every morning, the road was widened on both sides to make more room for the parents’ cars. And yet they still double or treble park when dropping off the youngsters in the mornings.

It never entered the minds of the planners, or the local politicians, to look for alternatives to the car or to point out to parents that it might be a good thing for the youngsters if they could walk, cycle, or take the bus to school.


Across the city, in another ward, a councillor in a shiny suit has become adept at making slick videos.

He walked through the city centre last year to make a video about buskers. Only he didn’t actually speak to any of the buskers themselves.

In the Capital of Culture 2020, it’s all about business and not so much about culture. Why bother talking to the artists who give the city such a welcoming atmosphere when there are businessmen to listen to and bucks to be made?

Funny, I have never, ever met a tourist who has told me he or she has left Galway with treasured memories of the British-owned shops along the high street.

They tend to love our city for its street life, for its vagabond performers, but try telling that to our local politicians who are more interested in looking after investor landlords than solving the needs of the hundreds of thousands of people who are struggling to pay the rent on time.

The street performers, the artists, the vagabonds, and the ordinary working class people are being driven out of our cities and out of their homes by politicians who have done so little to provide social housing or control spiralling rents since they last came knocking on our doors five years ago.

It’s actually monstrous that so few people (investors, landlords, bankers, developers) are benefiting so much from the troubles and struggles of so many. 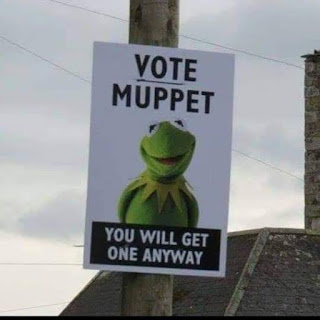 So many people I know have no money at the end of each month.

So many with “zero hour” contracts or par-time work barely earn enough to pay the average rent in Irish cities.

So many people worry at night that they are just a week or two without work, in jobs with no security, away from not having enough money to pay the ridiculously high rents on their homes.

So many people I know believe – sorry, know – they inhabit a different planet from smooth talking Government Ministers like Eoghan Murphy, with his proclamation that the young should be “excited” by paying €1,300 per month to live in a shoebox on the edge of town.

But I guess it’s our own fault.

After all, don’t we vote for these “shysters” with their promises time after time? 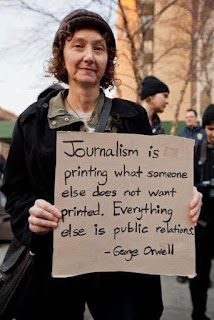