In recent weeks, as Britain has hurtled towards a seemingly uncertain Brexit, many politicians in the United Kingdom have shown little or no interest in recent Irish history - or memory of the anguish of those who lived through 30 years of conflict.

Unlike those living along the 300 mile Irish border, who are waking up with increasing alarm as to the reality of what a “hard Brexit” actually means with every passing day.

They might not have been in Derry on that terrible January afternoon, but they remember the black flags flying from houses all across the country, the sense of hopelessness, anger, and despair.

Bad enough that 14 innocent people were gunned down, but when the atrocity was committed by the State – the very forces who were supposed to protect ordinary people – the sense of isolation, of a city under siege, was palpable throughout the nationalist areas of Northern Ireland.

And the IRA described the atrocity as the greatest recruitment drive they could have hoped for in the province’s second city. Young men were queuing up to join.

Even though they may not have been told about it at the time.

Six months before the slaughter of innocents in Derry, British soldiers ran amok and massacred 11 people in two days.

Only nobody knew the full extent of the massacre, until a brave British TV crew put all the pieces together for a Channel 4 documentary 47 years later.

The inquests into those shootings, set to take place this coming November, will open up old wounds. How in the late 20th century the slaying of innocent people in their own housing estate could be spun into a grotesque parody of the truth.

Talented young musicians, Catholic and Protestant, travelling home across the border after a wonderful gig in Co Down. Their music brought communities together at a time of too much polarisation and division.

Three men were hauled out of a van, gunned down at the side of a lonely road, after an attempt to frame them with a bomb. Their band mates left to die.

Collusion? That attack was all about the Irish border. It would have been so much easier to persuade the Irish Gardai to ramp up security at the 300 mile long border if people believed young musicians were driving around with bombs in the dead of night.

To this day, the survivors of that 1975 atrocity have never got justice or the sense of peace which comes with finding out the truth.

People of a certain vintage remember . . . and this week they have been choking on their breakfasts as Tory Brexiteers tell them that Ireland would be better off rejoining the United Kingdom and leaving the European Union.

“Re-joining the UK is the only way to reunite Ireland and the British Isles. Brexit makes Irish EU membership less logical,” tweeted one of them this week.

Irish people may have reservations about the growing power and bureaucracy of the European Union, but you would be hard pressed to find too many people who would countenance a new political union with the country which colonised our island from 1169 to 1921.

Talk of rejoining the old colonial power would be hilarious if it was not such a tragedy, if people did not worry that the Brexit drama was playing with people’s lives.


Many British Brexiteers have no idea regarding the impact their words and deeds are having or the impact the return of border posts and checkpoints would have on people all along the 300 mile frontier.

In less than six months, Britain is due to have left the European Union and, already, the Irish Government has begun recruiting 450 customs and veterinary inspectors.

British politicians like Jacob Rees Mogg, Boris Johnson, and Nigel Farage do not seem to give a damn about the impact a “hard border” will have on ordinary people.

Instead, they rail against the EU for daring to contemplate splitting up the UK, seemingly with no memories of the damage caused to communities along the 300 mile long Irish border by the partition of Ireland.

Try telling a person who lives in Newry and works in Dundalk about what life will be like if he or she had to face border checkpoints every day.

Try telling young people living in Inishowen in Co Donegal that a trip to the cinema or a night club in Derry is set to become a logistical late night nightmare. After all, the border was never a ‘”real” border – it cut places such as Derry and Strabane off from much of their natural hinterlands.

Northern Ireland was created from six of Ulster’s nine counties in order to have an artificial two-thirds Unionist majority and the experience of being treated as second class citizens led the nationalist minority to rise up in search of civil rights in the late 1960s.

Of course, the British were not solely responsible for three decades of ‘The Troubles’. Far from it, in fact.

You only have to list the names of places – Omagh, Enniskillen, Manchester, Warrigton, Guildford, Mullaghmore, Kingsmill – to recall some of the terrible atrocities committed by the IRA in the name of Irish “freedom”.

But the British state played a huge part in creating the conditions which led to The Troubles and prolonged the violence by committing atrocities of its own.

Without Bloody Sunday, Ballymurphy, and the internment of young Catholic men, would so many young people have joined the IRA?

Would the conflict have gone on for so long?

And how can the concerns of people who have genuine fears of a return to violence, the hated border posts giving dissident republicans the motive they require, be dismissed so lightly?

People remember border checkpoints, watchtowers, and aggressive searches from gun-toting soldiers every time they popped across the road to a neighbouring town or village.

And they wonder if those awful scenes will return.

They remember the sense of elation which followed the Good Friday Agreement, the first sightings of tourists on the streets of Belfast, and how deserted those streets used to be after 7pm in the bad old days.

Not only did that historic vote bring about peace, it gave the unionists of the north a cast iron guarantee that they will never be steamrolled into a United Ireland against their will. It showed that, for all our differences, ordinary Irish people value peace and compromise over ancient tribal divisions.

Now the murals on the Belfast walls teach tourists about a bygone era.

Now people flock to the wonderful Titanic Belfast, because it's one of the most amazing attractions in Europe. Tourists in Belfast . . . what a strange concept that would have been three decades ago!

People have had 20 years of a fragile peace now and they cannot believe how quick jingoistic politicians in London are to dismiss their concerns.

Such as Jacob Rees Mogg MP, who said there was no need for him to visit the Irish border in order for him to understand it (although he was shamed into finally doing so in July).

Or his Conservative party colleague Boris Johnson, who pointed out that there was no border between two suburbs of London as some sort of a valid contribution to the “hard Brexit” debate.

Or Nigel Farage, of UKIP, who called on the Irish people to leave Europe when he visited Dublin in February of this year. He accused the Taoiseach, Leo Varadkar, of “taking Brussels’ side against Britain”, which was not “in the best interest of his country”.

Not for them concerns that 56% of the people of Northern Ireland voted against leaving the EU, that 3,600 people died in the conflict, or that peace remains fragile in a place in which two communities largely live their lives apart from each other, in terms of schooling, housing, or even where they socialise or work.

Twenty years after the Good Friday Agreement brought a welcome peace, transforming life in the North completely, 90% of the housing estates are still segregated; and nationalist and loyalist communities are divided by 90 “peace walls”.

The European Union underpinned the 1998 Good Friday Agreement, which is tied into 142 areas of north-south co-operation, and yet blustering Brexiteers are claiming that the EU should have no role in the future of Northern Ireland.

It’s not nice to realise that you are seen as peripheral, that your concerns don’t matter in the corridors of power in London.

People in Northern Ireland look around now and see a place brimful of hope, of normal life, with tourists enjoying themselves from all over the world, and wonder how anyone could even countenance a return to a “hard border” and the hated signs of division they were sure they had left behind.

And all because some people in Britain were so keen to break their ties with Europe that the implications for Ireland’s border communities never even entered their minds when they voted for Brexit two years ago.


Ciaran Tierney is a journalist, blogger, and digital storyteller, based in Galway, Ireland. Find him on Facebook at http://facebook.com/ciarantierneymedia/ 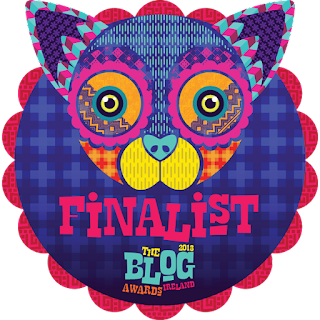