Call off the blimp!


Let’s call off the blimp, because Mr President is not coming after all.

Well, not yet, at any rate!

It has been amazing to hear so many people in Ireland express regret that President Trump has postponed (or cancelled) his Irish visit this coming November.

They were so fired up that many said they were looking forward to joining a political protest for the first time.

Irish protesters had to reach out to their counterparts in the UK, who turned out in their thousands to make the President feel so unwelcome when he visited London back in July.

Sorry, they said, we won’t need to ship the giant orange “baby blimp” to Ireland after all!

People in Dublin were really looking forward to the sight of a giant baby Donald in a nappy floating across the skyline.

And a hugely successful crowdfunding campaign had already covered the cost of bringing over the six metre high blimp within days of being set up.

Everyone, it seemed, wanted to be part of mass protests against the US President. The sense of anti-climax was palpable as soon as the White House announced that he had postponed his travel plans.

The leaders of two opposition parties, Labour and the Greens, had come  together to announce plans for a joint rally for “democracy, decency, and international solidarity” in Dublin.

As though such concepts, so alien to Mr Trump, were plentiful across the political spectrum here in Ireland.

Labour Party leader Brendan Howlin went as far as to say that President Trump was “no friend of democracy or human rights”.

Mr Howlin said it was important to stand up to Trump on issues such as climate change, the treatment of migrant and asylum-seekers, spending on arms, and the slashing of aid budgets.

In Galway, the local anti-racism group wanted hundreds of people to gather to spell out the words “Feck off Trump” (with a little Irish humour, from the ‘Father Ted’ TV series) on a beach.

In much different times, President John Fitzgerald Kennedy addressed 50,000 people in Eyre Square and the city authorities renamed it as Kennedy Park in his honour.

We are unlikely to see a ‘Trump Park’ in Galway any time in this millennium.

So many people are disappointed that the street protests are off. They wanted to convey a firm message that Trump’s policies have no place in a modern, prosperous, outward-looking Ireland.

They want to reject the anti-immigrant rhetoric on an island where emigration provided the only refuge for the afflicted through much of the 19th and 20th centuries.

The street protests are off . . . as though there was nothing to protest about closer to home.

The economy might be in recovery, but the recovery does not seem to have reached so many Irish people who are struggling to keep a roof over their heads.


The sight of masked policemen with no identification on their uniforms caused consternation at a time when there are almost 10,000 people living in emergency accommodation across Ireland.

And now our Minister for Justice says he would support moves to criminalise the photographing of Gardai as they carry out their duties.

Such a move would be an attack on press freedom and should lead to questions as to what the Gardai have to hide.

Would that mean banning photos of public events such as GAA games or the annual Macnas Parade?

The last time I checked such measures were only being considered in states such as Israel, where an oppressive occupation force has a vested interest in covering up its crimes in the West Bank.

Given recent Irish history, we don’t have to cross the Atlantic in search of police forces who abuse their power. In fact the filming of protests has helped to prevent injustice from occurring.

So, instead of worrying about Trump, perhaps we should be looking at how power is being abused much closer to home.

Last month, a photo of homeless children sleeping in a Garda Station went viral. The youngsters had to sleep on hard chairs in the police station because there was nowhere else for them to go.

The distraught mother who took that photo could soon be guilty of a crime.

Last week, a photo of a sick and distressed 92-year old woman sitting on a chair in a public hospital Emergency Department went viral.

Gladys Cummins posted the photo on Facebook out of frustration and despair. Her mother did not even have a trolley, as she spent 25 hours sitting on that chair.

Two months ago, I saw a 93-year old family member spent 48 hours on a trolley in the ED Department in Galway. The unacceptable has become acceptable and lengthy waiting lists in our public hospitals have become the new norm.

In a supposedly “socialised” health service – compared to the US at any rate – the old and the weak are being forced to spend days lying in corridors in overcrowded facilities.

But Irish people are not taking to the streets to protest about our health crisis.

In June, Irish people became outraged by the images of child migrants on the US-Mexico border crying in distress after being separated from their families. They were outraged by Trump.

Yet few of them have much awareness of the hardships endured by those who spend up to seven or eight years in Ireland’s own Direct Provision system.


About 5,000 asylum-seekers are detained at 31 accommodation centres without permission to work, or even to cook for their children. Among them are 2,000 children, growing up in highly inappropriate shared spaces with adults from a variety of countries.

Direct Provision centres have been described as the Magdalene Laundries and Mother and Baby Homes of our times. Some even see them as a "time bomb" for future problems to come.

We have British politicians steamrolling headlong towards Brexit, with little or no awareness that their dangerous language is threatening the peace process which transformed life in Northern Ireland over the past 20 years.

We have the families of victims of loyalist collusion who are shocked that a former member of the Royal Ulster Constabulary is now at the helm of the Irish Gardai.

They believe he has questions to ask about their long search for justice for atrocities such as the Miami Showband Massacre and the Dublin and Monaghan bombings.

We rant against Trump for his sexism, at a time when Irish society has been convulsed by a cervical smear test scandal in which the Irish Government treated Irish women appallingly this year.

A lot of Irish people are disappointed that they won’t get a chance to protest against President Trump, but let’s not pretend that we don’t have some pressing problems much closer to home.

Would you like to advertise on this blog? Please email ciaran@ciarantierney.com if you would like to find out more!

Ciaran Tierney is a journalist, blogger, and digital storyteller, based in Galway, Ireland. Find him at http://ciarantierney.com/ 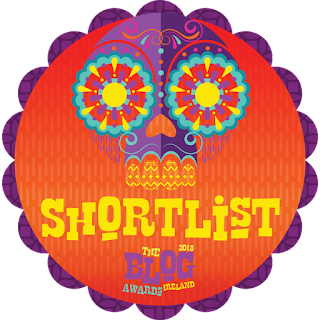