Do you think it’s all a bit of a laugh when the grandson of a German immigrant and son of a Scottish immigrant tells political opponents who happen to be women of colour that they should “go back” to the countries they “originally came from”?

Even though the man who said this, the President of the United States, happens to be the most powerful person in the world? Or that three of the four women President Trump referred to were actually born in the USA?

Do you think it’s funny or strangely weird that the people of the United States voted for such a buffoon? Or that his language of division and hate has no consequences for people living on this side of the Atlantic Ocean?

Do you fool yourself into thinking that the kind of hate speech emboldened by Trump’s election victory and the Brexit vote in the UK could never take on here?

Or are we living in denial of the hate speech, the fear, the division and demonisation of minorities which has sprung up in Ireland in recent years?

Recently, for example, a lot of people enjoyed a bit of a chuckle when a former British soldier who describes himself as an Irish “patriot” had a milkshake chucked at him while filming a live stream in Carrick-on-Shannon, Co Leitrim.

Rowan Croft, who goes by the name Grand Torino, is one of a number of far-right activists who regularly use YouTube to broadcast their thoughts on migrants and asylum-seekers and how “mass immigration” is allegedly destroying the social fabric of Ireland.

Many people laughed at the sight of the former British Army soldier, referred to by some as 'Tan Torino', getting doused in milkshake, but what they may not have picked up on was the kind of thing he was saying during his online broadcast.

“Many of the people down in Rosslare said they said they weren’t having it, they were going to burn the hotel down. Pretty much like what had happened back in the day and I’ve no problem saying that,” he said.

Given that three buildings designated as Direct Provision centres have been subjected to arson attacks in recent months, this could be seen as justification for hate crimes.  Direct Provision centres are mostly places, such as disused or run down-hotels, where asylum-seekers can be detained for up to eight years without any right to work or cook for themselves.

If you wandered down to Google’s European HQ in Dublin today, you would see a small group of people protesting outside. These are supporters of a former national newspaper journalist who is outraged that her YouTube channel has been shut down permanently due to violations of the tech giant's policies relating to hate speech.

Gemma O’Doherty and her small band of followers have staged protests outside the European headquarters every day this week in a bid to restore her main channel, which has more than 26,000 followers.

Google, which owns YouTube, confirmed  on Tuesday night that her account has been removed for what were described as repeat breaches of its regulations.

Ms O’Doherty staged unsuccessful campaigns to run for the Irish Presidency in October of last year and the European Parliament in May of this year, when she managed to secure just 1.8 per cent of the first preference votes in Dublin.

But her increasing use of social media platforms to criticise ethnic minorities and migrants, as well as controversial views about vaccinations, has prompted growing concerns about the growth of the far-right here in Ireland. Let’s not ridicule those who vote for Trump while ignoring those who spread hatred and division at home.

Ms O’Doherty generated national headlines when she was fired by the Irish Independent, the country’s biggest-selling newspaper, in August 2013 after reporting on widespread wiping of penalty points by the Irish police force or Gardai.

As part of her investigative work, she had called to the home of the former Irish police commissioner, Martin Callinan, to challenge him about the deletion of penalty points from his own record.

She was forced to take redundancy by the newspaper after being referred to as a “rogue reporter” by then editor-in-chief, Stephen Rae. In December 2014, she won an apology and damages from the newspaper.

Many people felt sorry for her and admired her for speaking out against corruption at the time.

Few of those who backed her bid to run for the Presidency of Ireland last year had any idea at the time that she harboured views which could be described as “far right” or extremist. She set up a new political party called Anti-Corruption Ireland (ACI) which, so far, has failed to attract any significant support from Irish voters.

But those who monitor far-right activity in Ireland have been alarmed by the kind of language used on her YouTube channel, in which she regularly interviews other activists, including Croft, with extreme anti-immigrant views and stokes up fears.

Indeed, the growth in the popularity of extreme right-wing social media in Ireland over the past year or so is almost an exact replica of the “culture wars” in the United States in the lead-up to the election of President Donald Trump in November 2016.

Right-wingers interview each other again and again, and constantly blame immigrants or minorities for society’s woes.

“We have to reclaim our Irishness,” O’Doherty told viewers earlier this year. “If that’s racist, great. Bring it on. But we are going to make Ireland Irish again and I’m sorry if I sound like Donald Trump.” 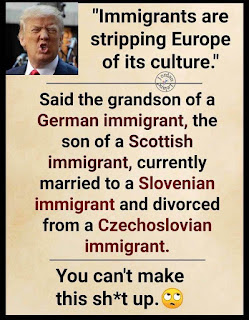 Earlier this week, one of Gemma O'Doherty's videos was removed by YouTube after she criticised ethnic minorities in Ireland and her account was suspended for seven days.

She tried to get around this ban by posting new videos under a second account bearing her name, which is a clear violation of YouTube’s rules for users of the video-sharing site.

On Tuesday evening, a Google spokesperson told The Irish Times that it was the policy of the tech giant to terminate the accounts of those who violated policies against hate speech.

Since late last year, O’Doherty has regularly used her YouTube channel to warn viewers that Irish people are set to become a minority in their own country.

Earlier this month, she told her followers that “some African guys” had “some sort of a scheme” which involved getting Irish women pregnant, presumably so that they could stay in the country.

“What sort of fools are these women? What sort of fools? Are they sluts? Are they whores?” she asked her YouTube followers. “They don’t even bloody deserve Irish citizenship, getting involved in dangerous situations like this. It says everything you need to know about the degeneracy of this country at the moment.”

Previous YouTube streams have seen her claim that the country was being “inundated” with migrants who were putting pressure on the health care system and the provision of housing in Ireland.

She was widely condemned after using social media to describe the horrific massacre at two mosques in Christchurch, New Zealand, as a “false flag” or fake – even though 51 people lost their lives in the massacre. 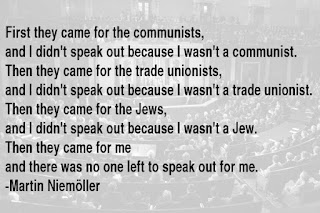 A few weeks ago, she posted a photo of children from a school in the midlands town of Longford. The photo contained a number of black children and she claimed it demonstrated evidence that Irish people were set to become an “ethnic minority” in Ireland.

Hate speech against migrants and minorities has become a regular feature of online debate in Ireland, to such an extent that a man felt it was acceptable to go onto Facebook recently and call on people to  petrol bomb a house with migrants boarded up inside.

O’Doherty's is not the only Irish YouTube channel on which far-right activists rant about global conspiracies, how their land is being “swamped” by migrants and refugees, boast about Islamophobia, or blame minorities for all of the island’s social problems.

Instead of laughing at the idiocy of Trump and his supporters, it’s time for us all to wake up. Adolf Hitler used to be ridiculed as an ignorant buffoon in the 1930s.

O’Doherty may not be able to spread her disturbing views on YouTube anymore, but the far-right are now sharing views on social media platforms which would have been unthinkable in Ireland just five or ten years ago.

Related post: Is it time to legislate against hate crimes? (March 2019)


** Please note that Ciaran Tierney is available to write business blogs or opinion pieces about Irish politics and society. 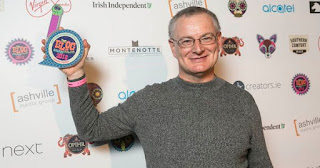