“Acknowledging the good that you already have in your life is the foundation for all abundance.”
― Eckhart Tolle, A New Earth: Awakening to Your Life's Purpose

A few funny incidents arose during my last few weeks as a provincial journalist.

When I spoke at a pro-Palestine talk in a city centre hotel one night, a very vocal activist shouted out that I should have the “balls” to lose my job over my principles.

As if that would do wonders for the cause.

Ironically, my newspaper had never actually prevented me from expressing my views over the occupation and colonisation of Palestine. If anything, the Connacht Tribune published more articles than most regional newspapers to raise awareness of the occupation and local activism in recent years.

Mulling at the time over the prospect of taking a voluntary redundancy, I did not have the heart to tell her (nor could I) that I was in the process of applying to leave my job.

In the same month, the Bishop of Galway condemned the wonderful Saint Vincent De Paul for using a small portion of a Galway-based fund to support a resource centre for the city’s gay community.

When I wrote a (personal) blog to highlight what I thought was a case of unacceptable bigotry and discrimination, I was attacked on-line by people who condemned me for being “anti-Catholic”.

I know quite a few gay people who had nightmare childhoods in the 1980s, because of the Catholic Church, and I don’t think homophobic statements are acceptable any more.

When my on-line critics were not happy with my response, some of them contacted my newspaper to highlight just how “anti-Catholic” I was over the weekend. They wanted to get me in trouble for expressing a personal opinion.

An incident which could have been seen as a case of bullying just made me laugh. I joked with the editor and told him to reply, saying that I was about to be sacked for my radical views!

I have left my newspaper of 22 years and I have to admit it’s scary, facing winter days in Ireland without having a job to go to.

I suddenly realise how difficult it is to be out there in the jobs market, not that I ever thought it was easy in the first place.

All summer, I tormented myself with the decision to leave – even though the print newspaper business all over the world, and not just my own 'paper, is deep in crisis. I don’t really regret my decision, but I am still full of fear.

I ran off to the Canaries for two weeks, for escapism, fun, scuba diving, and good company, and to delay all major life decisions.

I’m trying to get out and about, and talk to people, and I’m amazed by how many people I know who have been through a similar experience. It’s been great to spend leisurely afternoons just chatting to old friends who, through disabilities or the economic downturn, have also lost their jobs.

We have been in recession for six years now, so it should not really be a shock.

One of my neighbours took a voluntary redundancy at the exact same time as me, after spending even more years than me in his job.

Another one of my neighbours, a really nice man from Asia with a young family, has been job hunting for months and even years. I used to smile ruefully during July and August when he would ask me if I knew of any vacancies as I cycled home from work on sunny evenings.

I just couldn’t tell him that my own business was also letting people go.

Now that I’ve more free time, I have more time for a chat with family, friends and neighbours. I had a great chat with my Asian neighbour this week and was horrified to discover that he used to be exploited by “one of his own” in my home town.

He used to work full-time for just €200 a week in a Galway restaurant for eight years, supporting a young family on a pittance because his employer knew he could get away with it.

He’s had countless job applications turned down over the past three years and I’m sure he would be an excellent worker, if given a chance. He probably thinks I'm crazy for voluntarily leaving my job.

There are people like Abu all over the world, dreaming of a better life. On the day I spoke to him, people from his country (Bangladesh) were discovered in a Thai village – they had been drugged, kidnapped, and transferred to another country to be used as slaves.

When I was in Thailand some years ago, a big group of people from his country were washed up in distress on a deserted island. They were lucky to survive after traffickers brought them to Thailand on a sub-standard boat.

Yes, life just is not fair.

And there was me, feeling so much fear, flying off to Tenerife to enjoy sun, sea, and scuba diving with old friends.

Redundancy is scary, and the fear it brings up can be overwhelming at times. But, ultimately, we all face the same fears, hopes, and desires for happier or better lives.

Some of us just get much better chances than others, by virtue of mere chance or place of birth.

I have to admit I’ve been anxious, but life is so much better if I focus on all the good things in my life.

And, ultimately, life is always about change. Much as we try to grasp onto things, they will never stay the same. Here's to the next chapter ... !
By Ciaran - October 24, 2014 2 comments: 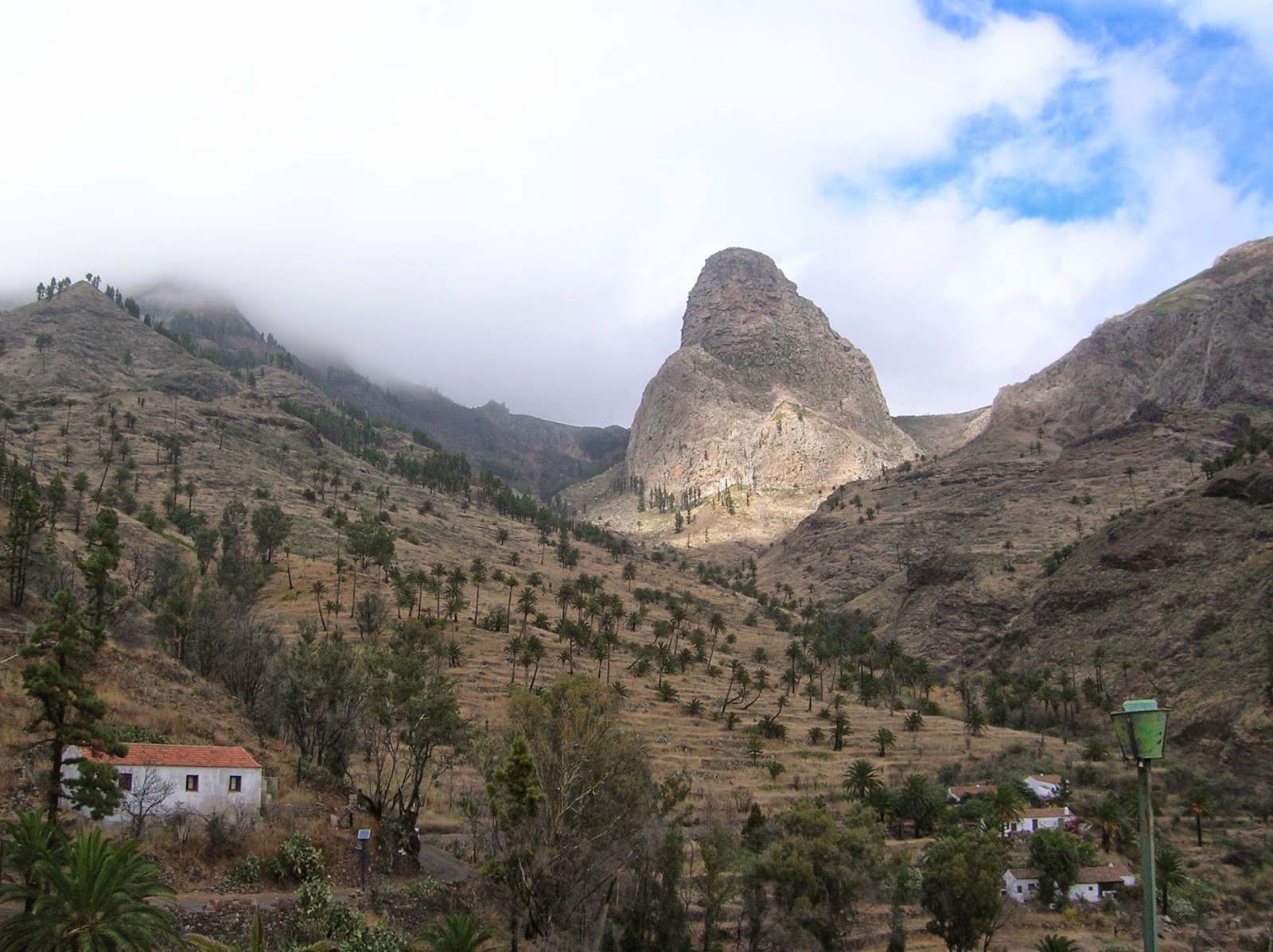 There could hardly have been a better place on the planet to contemplate an uncertain future than the beautiful island of La Gomera in the Canaries, which has a population of about 24,000.

Full of fear after taking a voluntary redundancy, it just seemed like the perfect place to relax and appreciate the simple things in life after a few months of anxiety and uncertainty.

As soon as I took the ferry away from the high rise buildings and package tourists in the south of Tenerife, I knew I was in the right place last week.

At my pension, owned by an old school-friend, the only other residents were a Norwegian-Canadian couple and their two young sons.

They welcomed me instantly with a cold beer and tales of their travels, including how they met in Guatamala many moons ago.

For Canadian Mike, trips to La Gomera seem to keep him sane through the long winter months in Norway.

Afterwards I ventured into town, where a rock or metal band was blasting out the tunes as part of a fiesta. They gave me a rather unusual introduction to night life in the capital, San Sebastian.

There might have been 300 people rocking in a huge marquee when I arrived that Sunday night, but for the rest of my eight day visit the place was a haven of tranquillity – too tranquil at times.

But, on my first full day on the island, I got a great introduction to La Gomera’s unconventional lifestyles. Mike and Eva had hired a car and welcomed me to join them on a one hour trip down the coast to Santiago.

There, Mike was keen to show me and his young sons the caves where he had spent many a winter’s night.

Deserted, gorgeous, peaceful, it was easy to see why people down here on Playa Del Medio were so keen to leave conventional lives, and the rat-race, behind.

Some of them have spent months, or even years, living in the caves.

We met a 79-year old Swedish man, who has wintered for years in the caves and spends an hour on his head, doing yoga, at dusk every evening. He was the picture of good health. The adjoining beach was gorgeous and virtually deserted on a Monday afternoon.

There I met my old Galway pal, Ully, who may not be rich in the material sense but is bringing up his six year old daughter in an island paradise.

Weekends are spent exploring natural pools and picking wild fruit, rather than in the aqua parks and fast food joints on offer on the bigger island.

A week later, he brought me on a trek to a deserted village – abandoned in the early 1950s – where it felt almost subversive to have such wondrous scenery to ourselves.

My anxiety over leaving work may not have evaporated, but it was refreshing to meet artists, farmers, and roamers who had found paradise in this corner of a small, volcanic island.

I spent eight nights in Ully’s fantastic place in the sleepy capital, San Sebastian, and explored the island by day – either via hired cars or the island’s infrequent, if reliable, buses.

In Valle Gran Rey, I was captivated by a German girl who spent hours absorbed in a ‘hula hoop’ at Playa Del Ingles. Around her, relaxed tourists plunged into a savage sea. Just 15 minutes down the coast, I enjoyed a one hour snorkel under a cliff-face next to the port.

“Anything is possible, if you work and have hope,” said the sign (in Spanish) outside a local restaurant, as an old man sitting in the square marvelled at my ability to speak both Spanish and English.

I ate some gorgeous local dishes, including goat’s cheese smothered in an orange sauce, and got used to the gentle pace of life.

If there was little point in sampling the deserted bars in the capital at night, it was lovely to meditate on the flat roof at the house under the stars.

On the day I climbed to the top of the island, the views were spectacular. We could see Teide, the volcano towering over Tenerife, as though it was just metres away. A day later the same rocks were covered in a thick, misty cloud.

My redundancy has brought up some doubt and uncertainty, but in La Gomera I met happy people who did not seem to take life too seriously from day to day.

How many of us worry too much about things like careers, when there are far more important things in life?

We enjoyed an outdoor barbecue in the valley, where people from a variety of countries told me how they had come to live on La Gomera.

As a person who has spent many winter weeks in South East Asia and Central America, it was mind-blowing that this peaceful oasis was just a three hour flight and one hour ferry ride away.

I read, I swam in the warm sea, and I enjoyed chats with friends, both old and new. I visited deserted villages and drove through spectacular scenery.

On Sunday, we met up in the deserted village of Benchigijua, abandoned when the entire population moved to Venezuela in the 1950s.

It was both eerie and refreshing, plus a little sad that there was nobody around to share the spectacular scenery with us.

The time eventually came to return to Tenerife, with its English breakfasts and dive centres that actually open for business; but as the boat pulled out of the harbour at San Sebastian, I knew I’d be back on La Gomera someday.

It’s that kind of place. It just seems to attract people back, year after year, for the sheer peace and tranquillity of leaving it all behind – even if only for a short period of time.

It may be just 45 minutes from the mayhem of Los Cristianos, but it felt like another world. 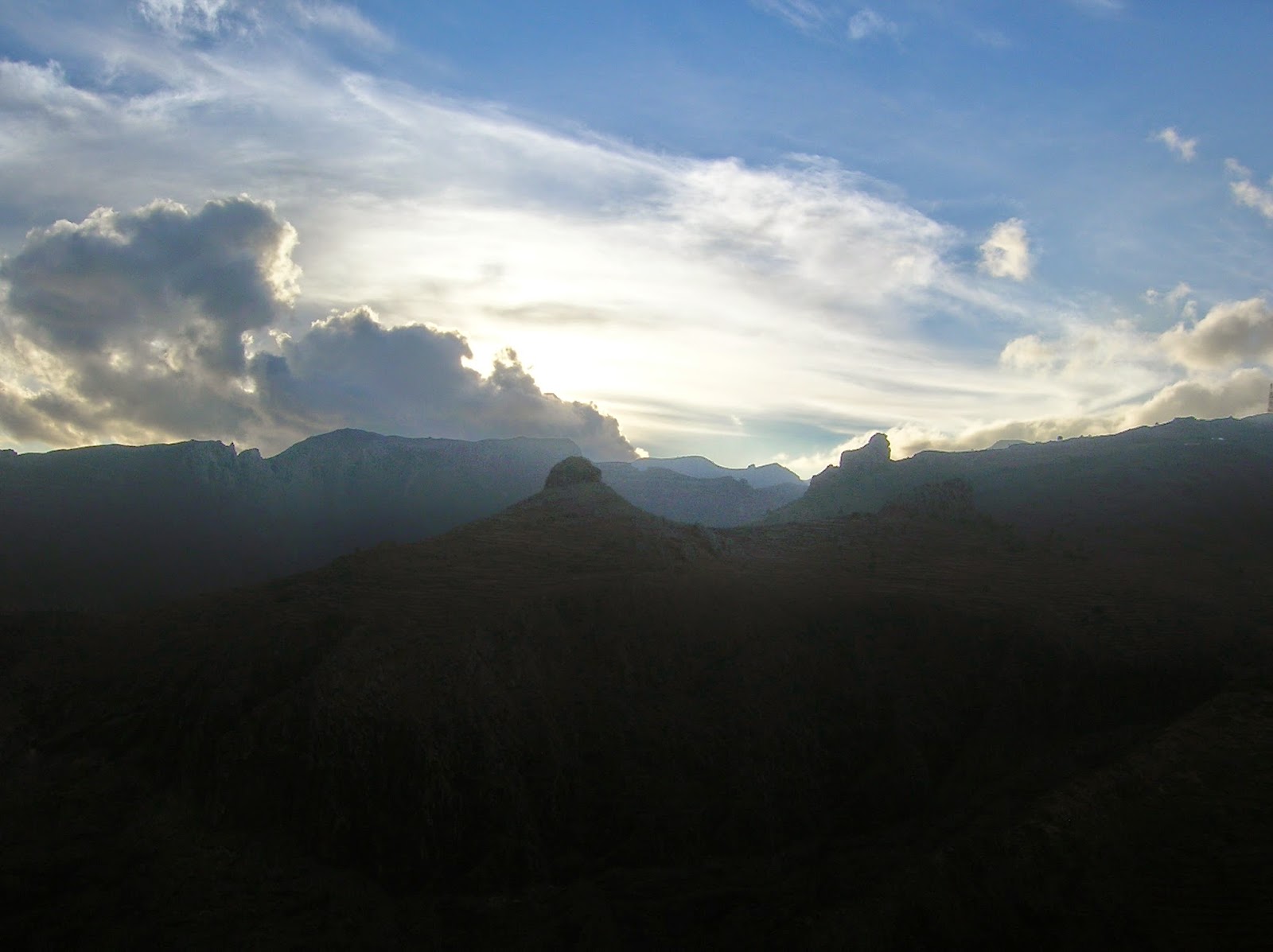