Holding out for heroes

Was Richard ‘Dick’ Dowling a racist? And is it appropriate to commemorate him in the middle of his home town in the West of Ireland?

The thorny issues of white supremacy and slave ownership made their way from Texas to Tuam, Co Galway, last week and the debate has raised some pertinent questions about how Irish people choose their heroes.

Just as quite a few of us are soul-searching over whether or not Conor McGregor is a suitable role model for Irish children – people respect his bravery, but not his bigoted bluster – it may be time to ask whether we have a tendency to hero-worship rather unsavoury characters?

In the West of Ireland, in particular, where the history of poverty, mass emigration, and the decline of our native language can be so sad, we tend to overlook the dark side of those who left oppression and famine behind in order to seek out fame and fortune across the globe.

So what if they were racists or slave-owners, it seems, as long as they were poor Irish people “made good”! Our barren land, which experienced such devastating population decline, was crying out for heroes.

Dick Dowling was enough of a folk hero for a statue to be erected in his honour at Tuam Town Hall in November 1996. People were proud that a starving 19th century refugee became a cult figure in his adopted home of Houston.

When the statue was unveiled, nobody at the ceremony cared to mention that he used to rent slaves, including one who was just 12 years old. That did not fit the narrative of the civic leaders who assembled at the North Galway hall to honour one of their own.

Was he a racist? It was a moot point in 1846, at the height of the Great Famine, when he boarded a ship for Liverpool. He was a traumatised nine year old child whose only concern was survival as he faced a new and frightening world.

Together with his ten year old sister, Honora Dowling, Dick must have been distraught at being separated from his impoverished parents back in Co Galway.

Like so many people across the region, Pat and Bridget Dowling had been forced into the workhouse after being evicted from their farm in Dunmore, just eight miles north of Tuam.

In sending their children to America, their only hope was that they might survive.

By the time they set sail for Liverpool, and then the Mississippi delta, it is doubtful the two terrified Dowling children would have set sight on a black face or considered the terrible injustice of slavery.

Their parents only wanted to give them some sort of a life away from the mass starvation all around them and they trusted their futures to family friends in New Orleans.

The children were part of a mass wave of Irish people who fled the famine for new lives in North America. In Galway, the nearest city to their parents, a hundred ‘coffin ships’ set sail for America in the space of just three years, 1847 to 1850. Many passengers did not survive the voyage.

These ships saved the lives of thousands, as did those which left the port of Liverpool. The population of Ireland fell from eight million in 1846, the year Dick and Honora left, to fewer than four million by 1911.

It’s more than likely they did not speak a word of English before they set sail. Irish was still the dominant language in North Galway at the time.

Had Dick and Honora set sail for New York or Boston, it’s quite possible the Confederate Army Major could have become a war hero on the other side.

By complete chance, a wave of anti-Irish sentiment in New Orleans – when immigrants from Ireland were banned from working on the waterfront – prompted Dick to move on to Texas.

According to the contentious Tuam plaque, Dick Dowling became a “business and civic leader” in the frontier town, which had a population of just 4,000 at the time.

He leased a saloon and became a real estate owner, marrying the daughter of Irish immigrants, but it was his bravery during the US Civil  War which turned him into a folk hero in Texas.

At the Battle of Sabine Pass in September 1863, Dowling led a Confederate militia which repulsed an invasion of 5,000 Union troops, capturing two gun boats and several hundred prisoners. He died of yellow fever four years later, at just 30 years of age.

His bravery in battle turned Dowling into a controversial figure on both sides of the Atlantic. Two streets in Houston, Dowling Street and Tuam Street, were named after him. Dowling Street, however, was renamed Emancipation Avenue earlier this year.

A statue in memory of Dowling, erected in 1905, still stands in the city’s Hermann Park. But a school named in his honour was also renamed last year.

When the Tuam plaque was erected in November 1996, nobody mentioned or was told that Dowling used to rent slaves. But, according to records at Rice University, one of the slaves he rented was just 12 years old.

The plaque does not even mention that he fought for the Confederate Army, on the side of the slave-owners, in the Civil War.

To modern eyes, it seems incredible now that an Irish child who fled appalling oppression would find himself on the side of slave-owners.

But as Tim Collins points out in his 2013 biography, Dick Dowling – Galway’s Hero of Confederate Texas, Irish immigrants in the southern US states sympathised with the right to “home rule” during the Civil War.

They had little or no connection with the cities of New York and Boston and, like Dowling, it was only really chance which brought them to the southern states of America.

Times have changed since the city of Houston decided to honour Dowling with a statue in 1905.

Indeed, times have even changed since the good citizens of Tuam decided to erect a plaque in his honour on November 15, 1996.

A full civic reception was held in his honour in the town square where, presumably, nobody had any knowledge of his connections to the slave trade.

Back then, there were no white supremacists parading up and down the streets of Charlottesville, brandishing Nazi flags. People with appalling racist views did not feel emboldened by a US President with questionable views of his own.

Nor did Tuam have the small but thriving African community, including a church, it hosts today.

“Our school history books never gave us the full facts behind our heroes. Hence, very few people, including myself were aware of the true intentions of Dick Dowling when he fought for the Confederates.”

There are plans in place for the construction of a new museum in Tuam, a town which has a population of 8,200.

Perhaps that might be a more appropriate place for a plaque commemorating a Confederate Army ‘hero’ than a prominent place at the Town Hall.

Tuam people might once have been proud of Dowling’s success as a businessman in Houston, but they can no longer claim to be oblivious to his murky past as a trader in human beings.

Ciaran Tierney is a journalist, blogger, and digital storyteller, based in Galway, Ireland. You can find his Facebook page here 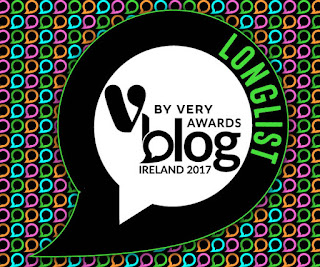