“War is peace. Freedom is slavery. Ignorance is strength.”

In his bleak vision of a totalitarian future, conjured up long before the era of social media and “fake news”, George Orwell depicted with alarming prescience the way in which war could be used to debase the English language.

In his dystopian novel, 1984, Orwell did not want to depict his central character, Winston Smith, as a hero, but rather an unfortunate victim who dares to question a terrible system in which language has been twisted far beyond its original meaning.

Political life in Western Europe may not have turned out exactly as Orwell predicted – those who question the authorities are generally not “vaporised” or forced to disappear from sight in 2017 – and yet he would be impressed by the 21st century vocabulary of war.

“How could freedom be slavery or war be peace?” a modern reader might ask.

And yet when you look at terms like “friendly fire”, “carpet bombing”, or “collateral damage” it’s clear that the language we use has been twisted completely to avoid describing the terrible reality of modern warfare.

There is nothing friendly about friendly fire, described as the act of killing people on your “own side”, no carpets involved in carpet bombing, and not much collateral in collateral damage. To those preposterous terms, we might also want to add the term “peace prize”.

In recent years, the notion of a peace prize seems to have lost all meaning.

Last October, for example, the then US Secretary of State, John Kerry, flew into Ireland to collect the Tipperary Peace Award.

As he was just two months away from the end of the Obama presidency, you might have thought he had more pressing concerns on his mind. But he was delighted to fly to Ireland to pick up his award.

The then US Secretary of State might have been shocked, even, to get this recognition from the Tipperary Peace Convention as he looked up the tiny village of Aherlow on a map ahead of the awards ceremony.

After Kerry flew into Shannon, effectively a US military base for the past 16 years, before being whisked to Aherlow, it is doubtful that anyone mentioned the seven wars the US had engaged in – and countless lives lost – during the eight years of the Obama administration.

Such talk would hardly have been appropriate in the context of this glittering prize, presented at a star-studded event in rural Tipperary.

There was no mention of the “terror Tuesdays” when President Obama would sit down with his advisers to plan bombings across the globe from the relative comfort of Washington DC.

We tend not to see the victims of those bombings on our TV screens, so their lives don’t matter in the greater scheme of things.

In Tipperary, nobody cared to mention that Obama dropped 26,171 bombs in his last year in office. And it’s doubtful that anyone expressed concern that even a few innocent civilians lost their lives due to these bombings by the administration which won the 2016 Tipperary International Peace Prize.

The Tipperary committee were dazzled to have such a giant on the international stage in their midst last October and Kerry himself was clearly delighted to pick up their award as he came to the end of his term of office.

It seemed that nobody, apart from a few vocal protesters outside the gates, expressed concern at what it meant to give the representative of such a Government a “peace prize”.

It’s doubtful if the organisers sought feedback from civilians in places like Iraq, Afghanistan, Libya, Yemen, and Syria, where over two million people lost their lives in wars involving the Obama administration.

Just days before John Kerry’s award was announced, 85 people in a tiny Syrian village were murdered in a US air strike in an atrocity which was barely mentioned in the Irish or British media.

Those villagers were not on anyone’s radar when Kerry arrived in Aherlow to collect his prize.

Garnering publicity and rubbing shoulders with the powerful were far more important than showing any understanding of the meaning of the words "peace prize".

So now the Tipperary Peace Award is in the headlines again this month, with Syria’s White Helmets in line to pick up the 2017 prize.

The 3,000 volunteers who constitute the White Helmets are said to have saved more than 60,000 lives since the outbreak of the terrible civil war in Syria in 2011.

An estimated 160 members of the Syria Civil Defence (the 'official' name of the White Helmets), who are based in rebel-held areas, have lost their lives in the civil war.

They have shown great bravery on the front lines in places like Aleppo, a city which faced relentless bombardment from Russian military aircraft last year.

There is no doubt that the men who volunteer for the White Helmets are immensely brave, but does it not devalue their “peace prize” that the 2016 winner was part of an administration which brought so much death and destruction to countries such as Syria and Iraq?

And isn't it amazing that a small committee in Tipperary knows enough about the war in Syria - where the truth is so hard to find - that they can give their coveted "peace prize" to a controversial group which faces questions over its founding, its funding, and even links to radical groups?

Ironically, when John Kerry flew into Shannon in October 2016 he was faced by a small group of protesters who have staged a monthly protest at the airport every month over the past 16 years.

Ireland is supposed to be a “neutral” country and respected academics at Shannonwatch have been highlighting Shannon Airport’s role in the US “war on terror” since 2001.

They have documented every plane carrying US troops and possibly munitions landing at or leaving Shannon over that period, despite indifference or downright hostility from the Irish authorities. 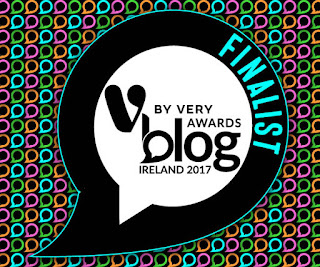 These local heroes give up their free time in a bid to stop bombings in countries such as Syria, Afghanistan, and Iraq.

They are kept under surveillance outside the airport fence, while nobody in authority ever stops to search the planes, bringing so much destruction to the Middle East, inside.

Respected academics like Edward Horgan and John Lannon, who are regularly filmed by undercover Gardai just for staging a peaceful monthly protest, might not generate the same international headlines as the White Helmets or John Kerry.

I guess that’s why they are never in the reckoning to pick up a Tipperary “peace prize”.

Ciaran Tierney is a journalist, blogger, and digital storyteller, based in Galway, Ireland. You can check out his Facebook page here