My city is buzzing right now

Attendances may have been down at the Galway Races last week, but there is no doubt that my native city has been buzzing like never before over the past few weeks and months.

Imagine, Galway ... little windswept Galway on the Atlantic coast is set to become the European Capital of Culture four years from now. No wonder people have been in party mode over the past couple of weeks.

About 139,000 people attended the Racing Festival, with the inclement weather playing a part in keeping the numbers down, and over €14.5 million was exchanged through on-course betting.

But, in the three weeks prior to the races, the city seemed to be buzzing like never before.

Visitor numbers have definitely been up over the past couple of months and a hugely successful Galway International Film Festival came hot on the heels of an excellent Galway Film Fleadh.

The arts are buzzing in the City of the Tribes, which was designated European Capital of Culture for 2020 in the midst of all the festivities.

The past few months have seen a significant increase in visitor numbers to Europe’s western-most city, as the economic recovery takes hold in the wake of the terrible crash which occurred less than a decade ago.

The streets are packed with visitors from all over the world seven days a week, as revellers take in the fantastic atmosphere and free entertainment conjured up by a wide variety of street performers and artists throughout the pedestrianized zone between the Spanish Arch and Eyre Square.

There already seems to be a party or festival every weekend between April and October in Galway City and now the city’s residents can look forward to a year-long party in four years’ time.

A budget of €45.7 million has been earmarked for the Capital of Culture project, which has the potential to create 18,000 new jobs in a city with a population of just under 80,000.

Previous cities to be awarded European Capital of Culture status in other countries have reported an increase of between 10% and 25% in the number of visitors for a full decade following the prestigious designation.

The designation is set to bring a boom to the city’s arts, cultural, and hospitality sectors.

“This is probably the biggest opportunity in the city’s history, so there is a responsibility on us all to make the absolute maximum out of it,” said Patricia Philbin, project leader of the Galway 2020 campaign.

“It is going to change Galway and provide opportunities for all those young people who are leaving our towns and cities.”

The new sense of optimism was evident at the Big Top, the huge blue tent by the banks of the River Corrib which has become an iconic image of the city in high summer during the annual Galway International Arts Festival (GIAF).

On the night the designation was confirmed, veteran singer Elvis Costello turned his sell-out show with punk rockers The Undertones into a communal celebration for 3,000 people.

Most of the bands who played the Big Top during the two week extravaganza jokingly pleaded with the audience members to invite them back in 2020.

This sense of optimism was evident at the same venue a week later, when traditional supergroup The Gloaming also rocked the tent to a capacity crowd.

No longer a city or region ravaged by emigration or any kind of inferiority complex, it was uplifting to see a huge crowd celebrate the joys of traditional Irish music in the company of acclaimed musicians including frantic fiddler Martin Hayes and veteran ‘sean nos’ singer Iarla O Lionaird.

It was a far cry from the dark days of the 1970s, when the idea of hundreds of people congregating in a huge tent to celebrate Irish music and culture would have seemed far-fetched.

Traditional music is thriving in Galway right now, as visitors can discover if they check out the free nightly sessions on offer in city centre pubs such as The Crane, Ti Coili, Taffees, and Ti Neachtain.

This year’s Galway International Arts Festival was the most successful in years, with the two week event breaking the box office target of €1.1 million in ticket sales.

Ticket sales broke the 200,000 mark for the second year running and the Box Office recorded its biggest takings to date.

“We are delighted with how the festival went this year and I would like to thank all the artists who were involved in the programme and all those who came to events," said John Crumlish, Festival CEO.

“It was our biggest festival to date, with more of our own productions in the programme than ever before, so it is fantastic that people came in such numbers.

“The memory of standing in front of that big screen on Mainguard Street during the Festival when the winner of the European Capital of Culture 2020 was announced is one that will live long in the memory.”

The city might be lacking in terms of art galleries, concert halls, and an art-house cinema, but every year the festival organisers show innovation in opening new venues, including a disused print works, empty warehouses (legacies of the economic collapse in 2007-8) and the giant blue tent at Fisheries Field.

“When I was a child, I was always so struck by the ambition of the festival, and the risks taken by the organisers. Risks taken out of necessity,” says artistic director Paul Fahy.

“Now our biggest venue is the Big Top, which is basically just four plastic walls and a plastic roof, albeit with the lap of luxury for everyone inside it. And the Festival Gallery, which normally only exists in my head for nine months of the year before we know where it’s going to be. And that gives GIAF a great sense of excitement.”

The sense of optimism extended to the Galway Racing Festival, which took place at the famed Ballybrit racecourse on the outskirts of the city last week.

About 800 horses competed in 52 races throughout the week, with a total prize fund of €1.9 million ($2.08m) which is significantly up on last year.

The festival provides a €56 million ($61.5m) boost to the city’s economy each year and organisers were expecting to at least match last year’s combined attendance of 140,000 over the seven days.

Helicopters no longer dominate the city’s skyline during the Galway Races as they did during the Celtic Tiger “boom” years, but the city’s hospitality sector was happy to see modest growth after attendance figures slumped during the economic downturn.

Not to be outdone, the city’s sports teams are enjoying a bumper year.

Rugby team Connacht – who were almost put out of business in 2003 – captured the hearts of the nation when they won the Pro12 League title back in May.

The footballers won their first Connacht title since 2008, even though the season ended in a disappointing All-Ireland quarter-final defeat to Tipperary, while the hurlers have a big semi-final date at Croke Park to come.

Connacht might not have the budget to match bigger teams such as Leinster and Munster, but led by the irrepressible New Zealander Pat Lam they have really tapped into the new mood of optimism which has taken over the City of the Tribes.

All in all, these are heady days in Ireland’s Western capital, a long way from the dark and distant days when impoverished emigrants on ‘coffin ships’ would set sail from Galway Bay for new lives in the New World with sadness in their hearts and tears in their eyes.

* An older version of this blog was published last week by the Irish-American website, http://irishcentral.com/


** Thanks to Andrew Downes and Galway International Arts Festival for the superb photos. 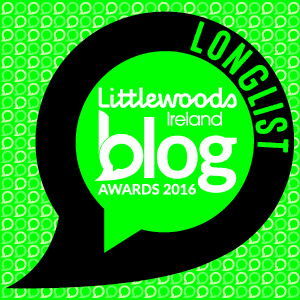