A few weeks ago, on a glorious Saturday afternoon, I met an old friend for a cup of coffee outside a café in the centre of town. He might not realise it, but meeting Liam is almost always an uplifting experience.

On this particular day, his positivity was unreal. He was more animated than I had seen him in months.

He had just emerged from an oxygen chamber, where he had been getting daily treatment for a few weeks. As I sat down across from him, he raised his right hand.

“Watch this!” he exclaimed, loudly.

He picked up a cup with his right hand.

The tourists at the next table looked up momentarily, curious as to why this middle-aged man was so animated about picking up a cup outside a Galway city centre café.

He was so thrilled, his enthusiasm was infectious. Suddenly, a hundrum afternoon in my home town had been transformed. The significance of the gesture was lost on the people sitting at the nearby table.

I wanted to shout out, to tell them if only they knew what this man had been through. Instead, we just sat there, beaming.

It was the first time he had been able to pick up a cup or a glass with that hand in 25 years. This was not some small little victory. This was a triumph and we were both thrilled.

Six weeks earlier, he had discovered a new oxygen treatment facility in Galway. Both of us are trained professional scuba divers, but it was news to me that privately run hyperbaric chambers are now being used to treat multiple illnesses, infections, and diseases across the world. 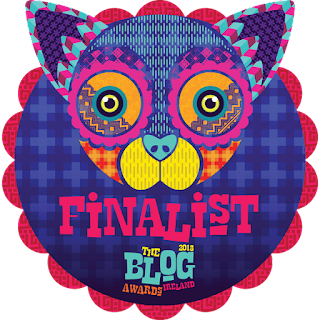 I had only really associated them with divers and ‘the bends’, even though I knew the chamber at University Hospital Galway was used for non-diving injuries.

If only the people at the next table could understand. My old buddy had been diagnosed with a deadly form of meningitis way back in 1993. This man had lain in a coma in Scotland for months, he had had to teach himself to walk again, to brush his teeth, and to move around.

At one stage, the only parts of his body that he could move were his eyes. The prognosis was grim. And now, a quarter of a century later, he had picked up a cup with that hand – without shaking – for the first time.

He has been blown away by what the anti-inflammatory oxygen therapy has done for him for the past few months.

“It seems to be working away at reducing the inflammation in my brain and body, and the results so far have been excellent. After the very first treatment I noticed increased flexibility and slept really well that night,” he told me this week.

“I awoke feeling energised the following morning. After six weeks of treatment, the tremor in my right arm reduced to such an extent that I was able to drink a glass of water using my right hand without any spillage for the first time in 25 years!”

A meeting with an old friend for coffee on a Saturday afternoon had become a thrilling moment of jubilation. I was delighted, but not surprised.

Because, like so many people I know, I have been inspired by the battling qualities of Liam Cullinane ever since we met as teenagers in school over three decades ago. 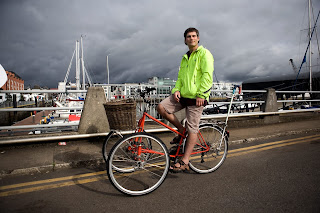 Liam was a tough young adventurer, who left school in Colaiste Iognaid with just one mission on his mind. A star of the victorious school rugby team, he wanted to join the French Foreign Legion.

A lot of Galway teenagers spoke with bravado about their plans to leave our small city behind them in the recession-hit 1980s. Only Liam was as good as his word. As soon as he finished school, he hit for Corsica and enlisted. He ended up staying in the French Foreign Legion for seven years, including three years skydiving with the Parachute Regiment.

If he showed a spirit of adventure in his youth, it was nothing compared to the bravery he has demonstrated to all of his friends and family members over the past 25 years.

When he left the legion, he never wanted to live in Galway. He wanted adventure in sun-kissed lands far from the wet and windy west and was looking forward to new adventures when he trained to become a commercial diver in Fort William, Scotland.

Only Liam, more than anyone I know, discovered at an early age that life does not always follow the best-laid plans and that nothing should ever be taken for granted.

If, like Liam, you jump out of bed with that attitude every morning, it’s amazing how much your life can be transformed. No matter what the ailment or problem.

In Scotland, he had just finished the diving course when disaster struck. His landlady found him lying in a coma after he should have left his flat. He had made light of what he thought was a headache or a very bad flu.

Aged just 26, he had contracted a rare and deadly form of listerial meningitis which normally only affects the elderly or babies under three months old. He was given very little hope of a long or healthy life and it took months before Liam was well enough to be transferred home to be near his family in Galway.

Sometimes the true value of a person is not in his job, or career, money in the bank, or sporting prowess, but in the example he sets to others.

Ask anyone who knows Liam and they will tell you the same thing. The man simply inspires, because the thing he values above everything else is the kind of thing we all tend to take for granted. A walk in the wind, a cycle along the promenade, a visit to a friend’s house, an independent life . . . all things which seemed impossible for Liam during his long spell in hospital in the 1990s.

I don’t know anyone else who knows and understands the value and importance of the simple things in life. The fun of ‘slagging’ a group of old friends, the social side of enjoying a cup of tea, and especially the importance of good health – which is something many members of our generation rarely put a value on in our younger years.

The determination this man has shown to build an independent life has been nothing short of inspirational.

He managed to get a Council house from Galway City Council because he did not want to be a burden on his family.

He persuaded a friend to build a custom-built tricycle, which gives him the freedom to move around. He’s as well known as the Mayor as he bombs around the streets of Galway.

And, indeed, when he had a problem with a spout of dampness in his house, he had no qualms about calling the current Mayor of Galway, Niall McNelis, to make sure he helped him out!

And, above all else, he has sought out a healthy lifestyle. Whatever treatment possible which could help him strengthen his limbs and boost his independence, Liam has tried it. He has travelled far and wide and often doctors, overwhelmed by his spirit of determination, have befriended Liam and decided to waive their fees.

He has travelled to Australia, to visit his brother. He joined ultra-marathon organiser, and Galway native, Richie Donovan on a trip to the North Pole.

He has travelled to the US, Holland, Dublin, and London for different types of treatments.

He has travelled to Thailand on his own, even though walking can be a challenge.

And he has kept in touch with a huge circle of friends, each and every one of us inspired by his determination to be healthy and to make the most of life.

He has befriended and become something of a model for ACT for Meningitis in Galway, the charity set up by a young mum who lost her little daughter to the deadly infection.

It can be truly uplifting to see how Liam inspires the families of people who have lost youngsters to meningitis, or how he helps the ACT women in raising awareness for families as to how they should look out for the symptoms.

Four years ago, when I had taken voluntary redundancy and picked up the MRSA bug in University College Hospital, I was seriously ill for seven months.

The illness only added to my worries about an uncertain future after leaving a full-time job in the newspaper industry behind. I was filled with fear.

Any tendency I had towards self-pity would evaporate whenever I arranged to have a coffee with Liam (only he would drink tea, because his super strict diet includes a ban on caffeine!).

He would show me that it’s not what happens to you in life (relationships, jobs, careers, set-backs, whatever) that matters, it’s how you deal with it that counts.

Because nobody else I know has staged such a long and brave battle just to have a full and independent life.

Now he wants our help.

The hyperbaric oxygen therapy which has transformed his life in recent months is costly.

Liam is a daily user of the OxyGeneration clinic in Galway, and he wants to continue the treatment until the end of this year.

The treatment involves breathing almost 100% oxygen in a pressurised room. It is considered a medicine, but is not covered by the public health care system.

A group of his friends have come together to raise funds for Liam’s treatment at Crowe’s pub, Bohermore, Galway, this Thursday, October 11, at 8pm. Entry costs €40 per table of four.
If you cannot make the quiz, you could also support Liam at: https://www.gofundme.com/oxygeneration-liam-cullinane

Because the value Liam Cullinane brings to the people who know him cannot be measured in monetary terms.

He’s still battling, after 25 years, and the money raised from this quiz will help to transform his future.

Ciaran Tierney is a journalist, blogger, and digital storyteller, seeking new opportunities in the digital age. Find him on Facebook at http://facebook.com/ciarantierneymedia