A shame Ireland should never forget

For eight years now, they have gathered in a Galway graveyard.
They meet at the gates, exchange warm greetings, and then walk silently past the rows of graves to an area which has become familiar over recent years.

It used to be nigh on impossible to locate these particular graves. They bore no headstones and the women buried in these plots were the forgotten, “fallen” ones. They weren’t even given the dignity of having their names put on the headstones.

Hardly anybody knew they were even there and the casual observer walking through Bohermore would not have had a clue.

The Magdalene Laundry was very much part of the fabric of my native city from 1824 until it closed as a business in 1984. Older colleagues at work used to recall the vans circling the city, collecting the dirty laundry from the great and the good.

Nobody ever talked about the women who worked there or that this asylum, as it was also called, benefited from slave labour. It closed for good in 1996 and some of the inmates were too institutionalised to leave Forster Street and form out independent lives.

It was just minutes from the heart of the city. We used to walk past it on our way to Connacht rugby games at the Sportsground or appointments at City Hall and nobody ever seemed to ask about the women who were locked up inside.

Or why their lives were deemed so insignificant, so worthless, that they were buried together in unmarked graves.

Until 2012. Then a small group of women came together to determine that the lives of the women of the Magdalene Laundry were worthy of being remembered and honoured.

And so began a beautiful annual event which is remarkable because of its simplicity. Caroline Stanley sings a poignant song, a poem is offered, and those who survived the laundry or whose mothers were locked up inside are invited to say a few words.

It’s a pity more journalists don’t attend. If they did, they would witness the remarkable growing confidence of the survivors, the children of these women who are coming to terms with the horrors of their youthful lives.

Two years ago, the discovery of the bodies of babies just up the road in the Tuam Mother and Baby Home brought an added poignancy to the ceremony. The Magdalene Laundry in Galway, which locked up unmarried mothers and forced them to wash clothes for the great and the good, was the nearest one to Tuam.

Some of the mothers had given birth to the ‘Tuam Babies’ before being transferred into slave labour in the city.

Two years ago, on a cold, windy day, a man called Peter Mulryan brought us all to tears. His mother was locked up in that asylum and was so institutionalised that she did not want to leave after he tracked her down and introduced her to his new wife, Kathleen, in 1975.

Years later, Peter’s life was turned upside down again when he was told that he had a younger sister he never realised he had. That sister is one of the 796 ‘Tuam Babies’ and she could be buried in a septic tank in Tuam – or she could be walking around the streets of Boston or New York, totally oblivious to where she came from.

Because the bodies in Tuam have yet to be examined or identified, Peter hasn’t a clue. It would not be a huge shock to him or other family members if their siblings were adopted, illegally, to America at a time of great hardship in Ireland. 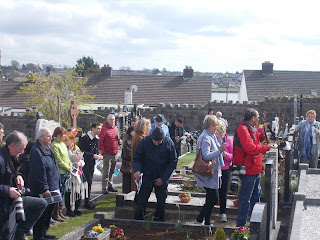 For Peter, the annual Flowers for Magdalenes ceremony in Galway is a hugely significant event. It has allowed him to find his voice and banished the shame which used to be associated with being the child of a single mum.

He is so grateful to the women who invited him, and others, to the simple ceremony and told them that their voices were worth listening to and that they were entitled to justice and the truth about what happened to their family members.

The terrible sense of shame which hung over women like his mother should never be forgotten, he says.

This year he was the guest speaker at the event and they had a microphone at the graveyard so that everyone could hear his words.

He recalled how survivors and their families used to “hang their heads in shame” because of the stigma attached to the 41 laundries across Ireland where at least 10,000 women and girls were held against their will.

“What the mothers went through in those places, it was horrible and unbelievable,” Mr Mulryan told the eighth annual Flowers for the Magdalenes event at Bohermore Cemetery.

“When I managed to get to meet my mother there in 1975, a woman who was 65 years old, she looked like she was 80 from all the years of working so hard, washing clothes. I’ll never forget how she had blisters all over her hands and how she was so shabbily dressed.

“Those women were forced to work for nothing, for whatever ‘sins’ they had committed. I will never forget how badly they were fed and how little respect they were shown in that institution.”

Mr Mulryan said that events such as the annual memorial in Galway, a simple ceremony featuring poetry and song, had given survivors and the children of the Magdalene Laundry women self-respect and allowed them to speak out for the first time.

He first spoke publicly about his own experience of finding out he had a younger sister he had never met, who is now known as one of the 796 ‘Tuam Babies’, at the Galway event two years ago.

“Events like this have given us survivors a new lease of life and we can now hold our heads high,” he said. “The Church and State looked down on us for decades, but it’s great to see that the wheel has turned, that ceremonies like this can show us and our mothers the respect they were denied during their lifetimes.”

Mr Mulryan said that he recently began speaking about the Tuam Mother and Baby Home in schools throughout Co Galway and felt it was important to educate the younger generation about Ireland’s shameful past in terms of how it treated its women.

One of the organisers, Ann Irwin, said it was great that the event in the graveyard gave the survivors a voice and noted that they have only had the confidence to speak out over the past two to three years.

“The idea is to remember the women with the respect which was denied to them when they were alive. There are people who come here every year who have a direct connection with the Magdalene Laundry. It gives them a great sense of solidarity to put flowers on the shared graves,” she told The Irish Times.

“We have been doing this since 2012. The survivors did not speak in the first few years, because of the sense of shame. We really encourage people to speak. They can feel the solidarity. The faces are becoming familiar now, because the same people come here every year.”

Afterwards, Mr Mulryan called on the Irish Government to respect the wishes of the survivors of the Tuam Home by carrying out a full exhumation of the site, analysing DNA samples, and giving the children dignified burials.

“The State and the Church still have not come out with an apology to us. We are entitled to a full public apology. They are making no effort whatsoever to offer us an apology,” he said.

“They are holding up everything that should be done. They need to do a proper investigation, get a DNA done, and give those children a dignified burial. In my opinion, they are afraid of taking DNA samples because it will show up so much stuff, that the children died of starvation, neglect, or stress. They are continuing to put obstacles in our way.”

--  * Ciaran Tierney won the Irish Current Affairs and Politics Blog of the Year award in October. Find him on Facebook  or Twitter here. Visit his website here - CiaranTierney.com. A former newspaper journalist, he is seeking new opportunities in a digital world. 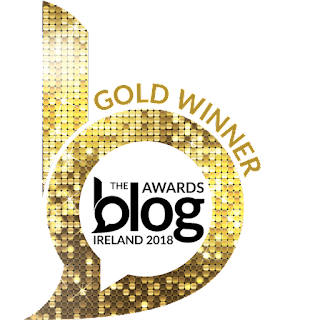